Pomegranate: Too good to be true? 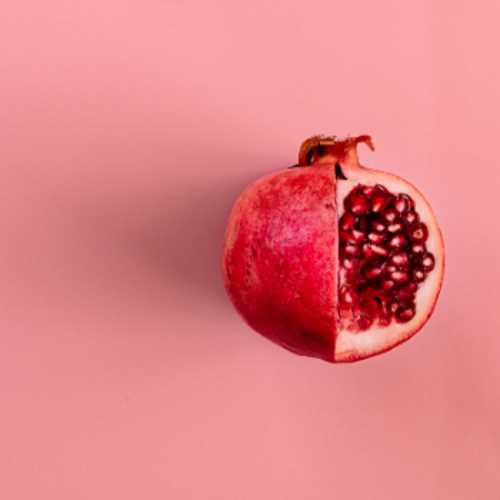 Pomegranate fruit and juice have been touted for their health benefits. They have been used for centuries in Ayurvedic medicine and have been prevalent in the diets of people from Iran all the way to the Mediterranean and India. Different parts of the plant have been used for medicinal purposes and have been held in high regard in traditions of a wide variety of religions.

What specifically makes pomegranate beneficial? For what conditions? What parts of it and how much should we consume for the benefit?

Pomegranate is a rich source of anti-oxidants: anthocyanins, ellagitannins, and hydrolysable tannins. Different amounts of these substances are present in the fruit, seed and pericarp (the outside red skin).

According to a review from Molecules journal in January 2017, the juice and fruit have been found to have an anti-inflammatory and anti-cancer effect on the body. The review summarized animal and human studies that have shown a potential role of pomegranate in prevention and treatment of skin, breast, prostate, lung, and colon cancers.(2)

Some of the conditions for which pomegranate has been studied are mentioned below.

The link between dietary factors and breast cancer risk has been a significant area of research. Studies have shown the beneficial effects of pomegranates in breast cancer.

According to a study done in 2002, it was reported that the polyphenols from pomegranate stopped the enzyme called aromatase, which when active, converts androgen hormones into estrogen and plays a role in the development of breast cancer. They found that the anti-estrogen effect of these polyphenols stopped breast cancer cell lines from growing.(4)

Animal studies and studies on human prostate cancer cells have shown that substances present in the peel as well as the seed oil cause apoptosis, or cell death, as well as decrease in tumor growth.

The studies on people have been mixed. The first clinical trial in 2006 looked at the effect of 8 oz of pomegranate juice daily on men with prostate cancer. These men had undergone radiation and surgery. This study showed no ill effects, but also a slower rise in PSA (prostate specific antigen), which is a marker followed in growth of prostate cancer. The doubling time of PSA went from 15 months to 54 months.(5)

Other randomized, multi-center trials on people using a supplement called POMx have shown similar results, but others have shown no effect on PSA doubling time.

Studies on animals and human lung and colon cancer lines show potential benefit, but ongoing trials are needed to know whether truly preventive. Early studies show that substances in the peel and leaf, not just the fruit may be the active agents against these cancers.

In addition to areas like prevention of cancer, lowering of blood pressure, improvement in cholesterol deposits, and improvement of heart and artery blood flow, pomegranate has been studied and found to have antifungal and antibacterial effects.

Pomegranate does indeed to be as good as we have believed for centuries. Ongoing research should help us define better what amounts and what parts of the plants can be used in the prevention of disease.

In the meantime, it appears that the juice, fruit and seed oil (present in the fruit) have beneficial properties in a wide variety of areas and we should definitely make it a part of our daily diets.