Does the Type of Fat in Your Diet Matter? 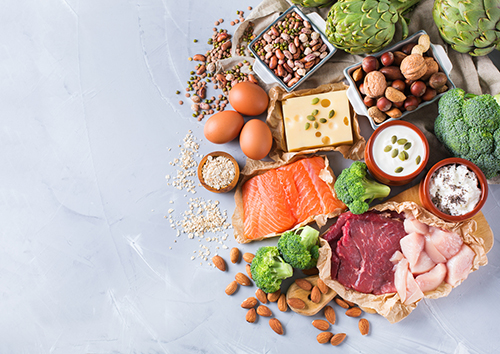 The answer is YES.

You have probably heard of Omega-3 fatty acids and Omega-6 fatty acids. These are the “essential” fatty acids (FA) that have to be consumed in your diet as your body is unable to produce them.

They are polyunsaturated fatty acids (PUFAs) and are different from each other in their chemical structure.

These fatty acids are metabolized into different longer chain fatty acids that have very different effects on your body, specifically on fat storage, inflammation, and on factors that can create plaques within the arteries.

This is going to get a little technical but once you understand the below info, it is easier to understand why you need to increase Omega-3 fatty acids in your diet and decrease the Omega-6 types!

In the past 3 decades, total fat and saturated fat intake has continuously decreased in Western diets, while intake of Omega-6 FA increased and Omega-3 FA decreased. This has resulted in a large increase in the ratio of Omega-6/Omega-3 FA from 1:1 to 20:1. This change in composition of fatty acids has paralleled the increase in overweight and obesity. 1

Where are these fatty acids found?

Omega-6 Linoleic acid (LA) is abundant in nature and found in seeds of most plants.  LA is metabolized into ARA, which is found in dairy, meat from grain-fed animals and eggs.

Omega-3 Alpha-Linoleic Acid (ALA) is found in green leafy vegetables, flax seeds, rapeseed, chia and walnuts. ALA is metabolized into EPA and DHA, which is found in fish and fish oil.

All meats and even plants have both kinds of fatty acids present, but as modern agriculture has changed animal feeds, the fats in the meat, dairy and eggs and even farm-raised fish, have also changed.

There is a difference in Omega-6/Omega-3 content in farm-raised and farm-grown produce compared to wild or free-range sources of food.  Wild sources have a more favorable ratio!

Why should you care?

In a study as a follow up to the NIH Women’s Health Initiative Study, researchers examined healthy women with a normal BMI at baseline. They checked the amount of Omega-3 and Omega-6 fatty acids by measuring the red blood cell membrane contents at baseline and then followed them over 10 years. They followed their body weight over time to assess their risk of becoming overweight or obese. The study found a strong suggestion that higher ratios of Omega-6 FA in RBCs were associated with weight gain.3

Animal studies on baby mice who were placed on a diet high in Omega-6 showed increases in fat cells size and increased inflammation within the fat cells. They also gained more weight on a similar calorie diet. Those chronically deficient in Omega-3 FA had lower levels of DHA in their brains. Omega-3 supplements for 4 weeks led to improvement of brain DHA levels and consequently better insulin sensitivity and decreased central body fat.4

The amount of Omega-6 FA compared to Omega-3 FA in our diet has an effect not only on the amount of fat we store, but also on the amount of inflammation in our bodies and our risk for conditions like diabetes, metabolic syndrome, heart disease and cancer.

Humans evolved on a diet that was balanced in the ratios of fatty acids and as the food supply has evolved, we have too much Omega-6 FA in our diet compared to Omega-3 FA, sometimes as high as 20:1.

Ways to optimize this ratio: